Is that some kinky sex thing?

I tried to twist my grimace into a smile. Frantically, I asked my inner goddess, "Is that some kinky sex thing I should know about?" She was silent (that bitch, I swear she is constantly on vacation in Bali or Goa or wherever those hyper-flexible, sexually ambiguous figures vacation).

He pulled out a bottle. I inwardly sighed in relief. No kinky sex. Well, at least for now.

The wine was inky purple; it could have passed for petite sirah. But there was no mistaking the nose. When I closed my eyes, it was just like that one time I was shuffling through a Chinese street market, pressed between approximately one million tiny old grandmothers, the smell of rotting meat, sweat, and Chinese five spice overwhelming my senses.

On the palate, it was sour plum and bitter cherry. In fact, when combined together, it was like the best parts of Peking duck. Huh. Turns out I really like this not-kinky sex thing.

Scoring: 5 out of 5 vanilla bean pods

After nearly being eradicated by the 19th century French phylloxera outbreak, plantings of Mondeause Noire have slightly increased since 2000 to approximately 800 acres in the eastern part of France. It is one of the approved varieties for use in the Vin de Savoie AOC as well as the Bugey AOC.

Popular posts from this blog

Tempranillo: how do I love you, let me count the ways

- December 19, 2017
I recently had two widely different tempranillo experiences. The first was like really really bad sex. You keep telling yourself, "it's not that bad," as you go back for seconds, and then you smack yourself in the face and say "why the eff am I doing this, I know better!" It's that sweaty, fat man on top of you, and you think he's in but you really can't tell so you start counting the cracks in the ceiling to pass the time until its over. And then you sit, self-loathing, on the edge of the bed and really really hope he doesn't fall asleep because he needs to leave like RIGHT NOW and you smile awkwardly and say "Yeah, I'll totally call you," but you in fact, delete his number and remove your Tinder profile ASAP.

Good tempranillo, on the other hand, is like falling into bed with Antonio Banderas with his sexy accent and smouldering eyes. It's sassafras and blackberries and passionate tumbles in the thickets and velvet restraints …
Read more

When the moon hits your eye like a big pizza pie, that's Chianti? 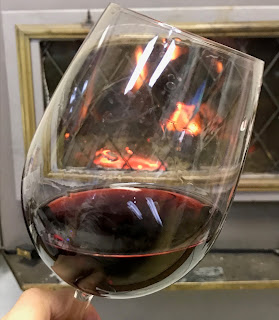 It was a dark and stormy night. The fire crackled and popped as it fought against the encroaching chill damp evening. "This is definitely not the right weather for white wine," I thought to myself as I perused the rack. (Not the medieval torture kind, sadly.)

And there it was, hiding behind all the chardonnays and sauvignon blancs. The lone bottle of Chianti Classico.

"He looks like he could use a friend," I muttered, as I hunted for my favorite wine key. And boy, did we get friendly that evening! Who needs romance when a nice bottle of wine will keep you warm just as well?

Notes: I loved this Chianti Classico because it checked the boxes on so many of my favorite things. First on the palate it was soy sauce, espresso, and sour cherry before finishing as pepperoni pizza crust: spicy and chewy and delicious. I'd award it five hot pokers and will definitely get with it again this winter.
Read more